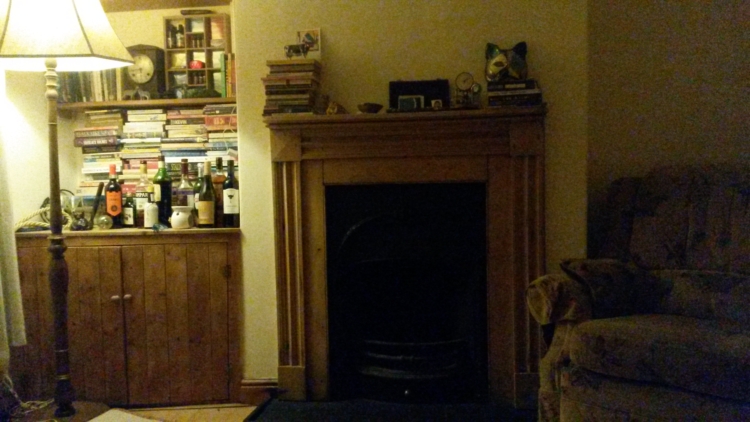 This is a pleasantly deceptive textbook. It entrapped me with its breezy tour of the English legal system, making it all sounds exciting,
fun and, most of all, manageable. Well, the funsies didn't last. Further textbooks came with an ever increasing page count and some pretty
tough material. But now I'm invested and munching through it. I look back to The English Legal System with nostalgia. Oh the sweetness and ease
of it! I felt like I didn't even need to specialise, I could just become an expert in the entirety of the English legal system, handle all
case law that has been generated over the hundreds of years and certainly become Lord Chief Justice in a year or so. Hah. Hah.

What is cool here that the author of the anthology - Alberto Manguel - is as interesting as the stories themselves. And the
stories of course are great, because fantastical literature might very well be the most important genre of them all. Anyway, Manguel
prefaces each story with a wonderful introduction. Some are exceedingly clever, some are biographical tidbits about the author of
the story, some are Manguel's memories or thoughts, but there's always a creative freedom that, along with the story itself, just
blows my mind. Bonus: Manguel, like me, is a die hard fan of the Arabian Nights. I am a little bit in love.

There were aspects of this that I enjoyed (the portrayal of France pre-revolution was excellent!) but overall this is not one my favourites
by Dickens. It's hypersentimental, with three of the main characters constantly make tearful proclamations of virtue to each other,
and the ending is syrupy as hell. The introduction by George Woodcock is interesting but when I read that the magnificent genius
of Dickens was stifled by his 'dull and phlegmatic' wife, I smell a rat. Well, here's something else I liked: there's a pervasive
feeling of evil rising, and an inescapable doom fast approaching, and that was really cool too.

Well, I wept like a baby. It is my special ability, my extra efficient emotional drainage system, but still. I do feel kinship with
Amanda Palmer on various levels and so the empathy flowed. The book is ostensibly about learning to ask for things you need, and I
guess it is about that too, but it's primarily an autobiography. It's not all sad - There were hilarious moments too, Amanda's
drunken 'I'M DEPRESSED AND WANT TO HAVE A BABY' act in front of her label exec in order to get them to release her from the contract
was just brilliant. This book inspired, and will continue to inspire me, because I'll be damned if I won't reread it.

I have empathy and respect for the character's feelings. My animal friend recently died as well. I feel the feels. And yet I don't
dig this book. Apart from the fundamental underlying humanity there's little I like about the dude. He's a freelance writer in L.A.
He's got money to throw at his grief. He watches TV shows, drops Valiums at trendy restaurants and and goes to Starbucks on a Grindr
date. Why should I care? I don't. Furthermore, the writing is mostly bad. "________ was like _________. _________ was like ________."
You can't do this shit unless it's ironic and even then it's highly inadvisable. I don't know, it's just a limp lettuce.

I've picked this book off a guy I used to know. I had just read another book (The Secret History of the World) that belonged to a
person from the same friend drunk group and it was positively mad, so I expected The Cosmic Serpent to be mad too. I mean, look
at the title. But Narby is an anthropologist who does the most amazing thing: he shows how shamanic knowledge, gained through an
altered state of consciousness, is correspondent with what our scientists know about DNA. Only, you know, our science took until 50s
to discover DNA. There's much more to Narby's findings and they completely blew my mind. Meticulous referencing too.

Francis goes to Antarctica hoping to escape the 'radiowave chatter of the mind' and I have always wanted to do the same. Reading this
book was my opportunity to stop sadly scouring BAS vacancies every few months and find another way to the continent. It sort of worked.
Luckily to me, Francis is curious, eloquent, adventurous and completely disinterested in his actual job. Instead, he talks about his
solitary walks, the changing seasons and the penguins. There are some tales of early explorers but Francis is more preoccupied with
their state of mind than their achievements. Which suits me just fine. I really enjoyed this, might read again sometime.

It feels wrong to read poetry in translation. That's why Baudealaire is postponed indefinitely 'until I learn French properly' (jamais!).
That's why I own a biography of Rimbaud but can't bring myself to read his writing. It's a stupid affectation. So when I started on
Modern Russian Poetry, it was like pulling teeth. Then I got into the groove. Some of it is really beautifully translated ('but if men
check it on its road,/askew it sounds the alarm, there in mid-spin;/and often/very often/the heart explodes,/though no one hears the crack
of doom within.'). I guess my middle ground is: it's a different thing. And a different thing can be a great thing.